Click Here
Suspended particles are one of the main factors affecting human health and changing climate conditions. In particular, health impacts are considered important for a number of respiratory diseases and sensitive population groups, such as the elderly and young children.

The ThermiAir application presents in near real-time the measurements from the first suspended particle monitoring stations in the Municipality of Thermi, implemented by the Laboratory of Atmospheric Physics of the University of Patras. The complete network consists of 25 stations, scattered throughout the Municipality, with the aim of investigating the spatial and temporal changes in the concentrations of suspended particles in the Municipality of Thermi, as well as assessing the impact of significant sources of pollution.

The web application has been developed by GET and among its functionalities are: a real time air quality dashboard with summary information on the pollution levels at the network stations, a detailed presentation of the measurements in each station, a map of the concentration and air quality index, air pollution statistics, as well as a presentation of the air pollution forecasts provided by Copernicus CAMS service. In addition, for easier and more direct access to the measurements, a mobile app has ,been also developed which is available for Android devices. 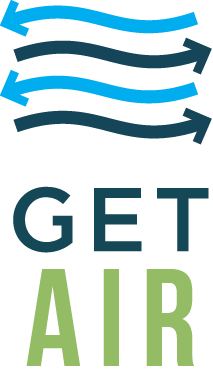 The Laboratory of Atmospheric Physics of the Department of Physics of the University of Patras is involved in environmental and meteorological measurements, quality control / processing / homogenization and application of artificial intelligence methods in meteorological and environmental time series, development and application of mathematical models of weather and air pollution forecasting as well as UV and radiation studies and measurements.

Do you need help with a similar Project?